Come From Away — A Broadway Musical about 9/11

An Uplifting Story About Community Come From Away is a musical with book, music, and lyrics by Irene Sankoff and David Hein. It is set in the town of Gander, Newfoundland, in the days following the 9/11 attacks, when 38 planes were ordered to land unscheduled at their airport as part of Operation Yellow Ribbon. The townspeople of Gander housed and fed the thousands of stranded passengers, who nearly doubled the population of the town.  Many of the characters in the musical are based on, and share the names of, real Gander residents or stranded passengers.

Because this Broadway musical does not address any of the  flaws in the official narrative about what happened on 9/11, this review may seem out of place in the 9/11 Truth Action Project newsletter.  However, this musical does two things that make it a natural addition to the material we publish.

On the morning of September 11, 2001, the people of Gander begin their daily routine.  Amidst a divisive bus strike, customers share gossip and breakfast at a Tim Hortons (doughnut shop chain). Some of the residents are introduced: Claude the mayor, Oz the police constable, Beulah the teacher, Bonnie the SPCA worker and others.  They describe life in Newfoundland and how they became aware of the "terrorist" attacks on New York City and Washington, DC ("Welcome to the Rock").

When American airspace was closed, more flights were diverted to Halifax, and more passengers to Vancouver, than anywhere else. However, Gander — a former refueling stop in Newfoundland, with a two-person police force — was probably the most affected with its population of about 9,000 swollen for nearly a week by the arrival of 6,700 “plane people” (and a few animals) who had been en route from Europe to the U.S.  A total of 38 unscheduled international aircraft were diverted and landed at the Gander airport.   While the town was unequipped for the influx of stranded travelers ("38 Planes"), the townspeople spring to action and prepare to house, feed, clothe and comfort the passengers — including 19 animals in cargo hold that need to first be acknowledged and then quarantined and cared for ("Blankets and Bedding").

Meanwhile, the pilots, flight attendants and passengers are initially prohibited from leaving the planes, forcing them to deal with confusing and conflicting information about what happened and why they were suddenly grounded ("28 Hours / Wherever We Are"). Once they are allowed off the planes and transferred to various ad hoc shelters ("On The Bus") in and around Gander ("Darkness and Trees"), the passengers and crew watch replays of the attacks on television news and learn the reason why they were grounded ("Lead Us Out of the Night"). The frightened and lonely passengers desperately try to contact their families and pray for their loved ones, while the townsfolk work through the night to help them in any and every way they can ("Phoning Home" / "Costume Party" /  "Prayer").

The "islanders" in Gander and the surrounding towns open up their homes to these "plane people", regardless of race, nationality or sexual orientation. The travelers are initially taken aback by their hosts' uncommon hospitality, but they slowly let their guards down and begin to bond with the quirky townsfolk.

One of the passengers, Bob a young black man, cannot believe the open-hardheartedness of the place he has just landed in. Always suspicious of people he begins by keeping his wallet hidden and cell phone close — even wary of the kindness of the mayor who houses him.  He is all too aware of the racism and the suspicions  he typically faces based on the color of his skin.  He is convinced he will be shot when told to gather barbecues for a cookout with the instructions, "just go into their backyards and take them away to the community center." But he is not shot — when caught in the act of removing a barbecue, he is invited into the house for tea instead.  Later when talking to his family back home he was asked if he was 'okay.'  Bob doesn't know how to communicate what he experienced: “I wasn’t just okay — I was so much better.”

To alleviate rising fear and mounting tensions ("On The Edge"), the passengers are invited to be initiated as honorary Newfoundlanders at the local bar ("Heave Away" and "Screech In").

One of the few solo numbers is sung by the character of Captain Beverley Bass who tells her true story — her historic career and how she became the first female pilot to be named captain by American Airlines.  The song recounts how Bass struggled and ultimately triumphed in the virtually all-male world of commercial flying. The song, "Me and The Sky," follows her life trajectory — dreams, discrimination, family, respect—and then how her once optimistic view of the world suddenly changed when "... the one thing I loved more than anything was used as the bomb." In talking with her husband, Tom, she learns with disbelief that Charles Burlingame, a fellow American Airlines captain who "I just saw at a pub in London," was the captain of Flight 77 that flew into the Pentagon.  She lamented how this could have happened because, "You can’t imagine. A pilot will fight to the ends of the earth to save his airplane. He just will ... "

One passenger is the mother of a Fire Department of NY (FDNY) firefighter who desperately tries to contact her son, or anyone that might have information about his whereabouts, in the aftermath of the destruction of the Twin Towers ("I am Here").

Another pair of passengers starts to develop a romance ("Stop the World"), while another pair sees their long-term relationship fall apart under the stress of the event.

Based on the unrelenting message in the media that "Muslims were responsible," rifts begin developing as the Muslims passengers are stereotyped and isolated — even though one of the Muslim women reminds use that she was born in Connecticut.  Ali, a middle eastern Muslim, is shunned repeatedly until — out of frustration he reveals he is a master chef for an international hotel chain, only then is hewelcomed into the kitchen to help.  In a harbinger of what is to come, once the passengers are cleared to re-board their planes, he is singled out for a humiliating body search.  In the postscript, he will recount, "I drop my daughter at school, but she won't go in. She says she's scared. What do I tell her?"

As the passengers and crew fly away to their homes, they joyously exchange stories of the immense kindness and generosity that was shown to them by the Newfoundland strangers in their time of need ("Somewhere in the Middle of Nowhere"). The townsfolk return to normal life, but comment on how empty their town now seems and how different the world now feels ("Something's Missing").

Ten years later, the crew and passengers (e.g., the "come from aways") of the once stranded planes reunite in Gander, this time by choice, to celebrate the lifelong friendships and strong connections they formed in spite of the terrorist attacks ("Years Later"). As Claude the mayor professes, "Tonight we honor what was lost, but we also commemorate what we found" ("Finale").

The sense of world community and kindness that is presented on stage, in my opinion, seems to have receded beyond the reach of the imaginable in the aftermath of the United States response to 9/11.  Even though Gander is in a remote corner of the world — with different sensibilities that make them an exemplary role model in this moving and uplifting Broadway musical — the distrust and divisions that have been nurtured by government and western media makes the community response, depicted in Come From Away, appear idyllic and anachronistic.  In my opinion, divisions and distrust are fostered by incomplete and erroneous news being broadcast as facts — with no ability to effectively challenge and correct the misstatements. This leaves people to retreat into their own informational bubbles which then divides humankind into "information clans" where relationships/kinships are not based on genetics, but are based on the information that they are told,they learn and they hang onto.

We can only long for, and can only re-emerge from, these artificial divisions once the falsehoods, including those about 9/11 and its aftermath, are exposed and healed.

The lyrics to the songs and some videos can be viewed here: Come From Away the Musical Songs with Lyrics

Come From Away is at the Gerald Schoenfeld Theatre and has been on Broadway since March 2017 and has been sold out for its entire run.

More in this category: « 911TAP Petition Project Quarterly Progress Report (2017 Q4) Addressing Controversy Within the 9/11 Truth Community »
back to top

@RayMcGinnis7Ray McGinnis
From page 55 from my book, Unanswered Questions: "Karl Rove was directly involved in consulting with Zelikow about… https://t.co/w2Xzt41nsd

@RayMcGinnis7Ray McGinnis
On February 3, 2004, 9/11 families underscored, with the foot-dragging on public hearings the 9/11 Commission neede… https://t.co/PlGtYIh3X0

@911JusticeNowWe Were Lied To About 9/11
@RayMcGinnis7 Good thing I have a video for all occasions. https://t.co/q41PTo03WX

@RayMcGinnis7Ray McGinnis
On November 27, 2003, the 9/11 families issued a statement Regarding the One-Year Anniversary of the 9/11 Commissio… https://t.co/Id28sW8IvG

@AE911TruthAE911Truth
.@NIST - Watch how the corner of the building remains intact as the expulsions work their way down, and you can tel… https://t.co/H1ewPtdsdv

@RayMcGinnis7Ray McGinnis
On October 4, 2003, the 9/11 families issued an interim report on the 9/11 Commission. They noted the inquiry was n… https://t.co/EHZB99FQAk

@RayMcGinnis7Ray McGinnis
As Sept 11 families press for a Saudi-9/11 investigation, Jon Gold writes about need for Prince Bandar to testify a… https://t.co/dC828Lt8Bw 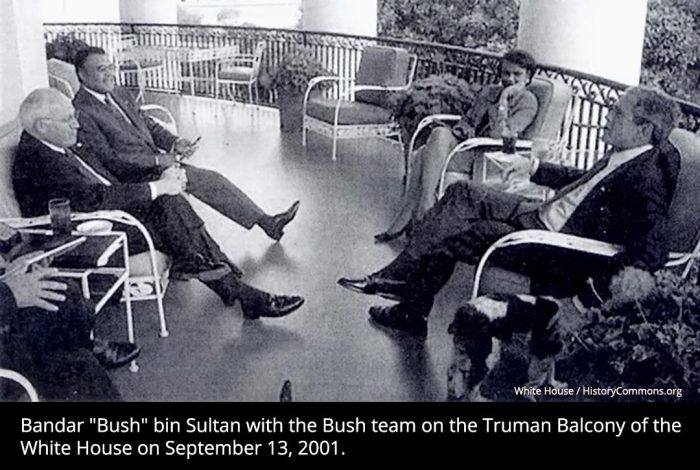 @KevinRyan911Kevin Ryan
Maybe a new slogan for Rather should be his lie that “JFK's head moves forward with considerable force…” https://t.co/tR14FMY2rA