The excellent work by Niels Harrit, Farrer, Jones and Ryan et. al in the recent journal article (Thermitic Material Discovered in WTC Dust) has paved the way for some very good media coverage in Denmark. At around 10:30 pm on Monday April 6, Harrit was interviewed for 10 minutes during the late news program on one of the two most respected Danish television channels (TV2). On Wednesday April 8, Harrit was interviewed for 6 minutes at 8:45 am during a live news and entertainment program on the same channel. In both cases, Harrit, and the claims of the article, were treated with refreshing seriousness and respect.

The first author on this recent paper,[1] Niels H. Harrit, Associate Professor at the Department of Chemistry at the University of Copenhagen and expert in nano-chemistry, has given the below interview at approximately 10:30 p.m. April 6, 2009 on TV 2 News in Denmark ( http://news.tv2.dk ), one of the two most respected Danish television channels:

The following is an English-translation transcript of the aforementioned interview:

Interviewer: International researchers have found traces of explosives among the World Trade Center rubble. A new scientific article concludes that impacts from the two hijacked aircraft did not cause the collapses in 2001.

We turn our attention to 9/11: the major attack in New York. Apparently the two airplane impacts did not cause the towers to collapse, according to a newly published scientific article. Researchers found nano-thermite explosive in the rubble, that cannot have come from the planes. They believe several tonnes of explosives were placed in the buildings in advance.

Niels Harrit, you and eight other researchers conclude in this article, that it was nano-thermite that caused these buildings to collapse. What is nano-thermite?

Niels Harrit: We found nano-thermite in the rubble. We are not saying only nano-thermite was used. Thermite itself dates back to 1893. It is a mixture of aluminum and rust-powder, which react to create intense heat. The reaction produces iron, heated to 2500 °C. This can be used to do welding. It can also be used to melt other iron. Nanotechnology makes things smaller. So in nano-thermite, this powder from 1893 is reduced to tiny particles, perfectly mixed. When these react, the intense heat develops much more quickly. Nano-thermite can be mixed with additives to give off intense heat, or serve as a very effective explosive. It contains more energy than dynamite, and can be used as rocket fuel.

Interviewer: I Googled nano-thermite, and not much has been written about it. Is it a widely known scientific substance? Or is it so new that other scientists are hardly aware of it?

Harrit: It is a collective name for substances with high levels of energy. If civilian researchers (like myself) are not familiar with it, it is probably because they do not do much work with explosives. As for military scientists, you would have to ask them. I do not know how familiar they are with nanotechnology.

Interviewer: So you found this substance in the WTC, why do you think it caused the collapses?

Harrit: Well, it's an explosive. Why else would it be there?

Interviewer: You believe the intense heat melted the building's steel support structure, and caused the building to collapse like a house of cards?

Harrit: I cannot say precisely, as this substance can serve both purposes. It can explode and break things apart, and it can melt things. Both effects were probably used, as I see it. Molten metal pours out of the South Tower several minutes before the collapse. This indicates the whole structure was being weakened in advance. Then the regular explosives come into play. The actual collapse sequence had to be perfectly timed, all the way down.

Interviewer: What quantities are we talking about?

Harrit: A lot. There were only two planes, but three skyscrapers collapsed. We know roughly how much dust was created. The pictures show huge quantities, everything but the steel was pulverized. And we know roughly how much unreacted thermite we have found. This is the "loaded gun": material that did not ignite for some reason. We are talking about tonnes. Over 10 tonnes, possibly 100 tonnes.

Interviewer: Ten tonnes, possibly 100 tonnes, in three buildings? And these substances are not normally found in such buildings?

Harrit: No. These materials are extremely advanced.

Interviewer: How do you place such material in a skyscraper, on all the floors?

Harrit: How you would get it in?

Harrit: If I had to transport it in those quantities I would use pallets: get a truck and move it in on pallets.

Interviewer: Why hasn't this been discovered earlier?

Interviewer: The caretakers, for example. If you are moving 10 to 100 tonnes of nano-thermite around, and placing it on all the floors. I am just surprised no one noticed.

Harrit: As a journalist, you should address that question to the company responsible for security at the WTC.

Interviewer: So you are in no doubt the material was present?

Harrit: You cannot fudge this kind of science. We have found it: unreacted thermite.

Interviewer: What responses has your article received around the world? It is completely new knowledge for me.

Harrit: It was only published last Friday. So it is too early to say. But the article may not be as groundbreaking as you think. Hundreds of thousands of people around the world, have long known that the three buildings were demolished. This has been crystal clear. Our research is just the last nail in the coffin. This is not the "smoking gun"--it is the "loaded gun." Each day, thousands of people realize that the WTC was demolished. That is something unstoppable.

Interviewer: Why has no one discovered earlier that there was nano-thermite in the buildings? Almost ten years have passed.

Harrit: You mean in the dust?

Harrit: It was by chance that someone looked at the dust with a microscope. They are tiny red chips. The biggest are 1 mm in size, and can be seen with the naked eye. But you need a microscope to see the vast majority. It was by chance that someone discovered them two years ago. It has taken 18 months to prepare the scientific article you refer to. It is a very comprehensive article based on thorough research.

Interviewer: You have been working on this for several years, because it didn't make sense to you.

Harrit: Yes, over two years actually. It all started when I saw the collapse of Building 7, the third skyscraper. It collapsed seven hours after the twin towers. And there were only two airplanes. When you see a 47-storey building, 186 m tall, collapse in 6.5 seconds, and you are a scientist, you think "What?!" I had to watch it again and again. I hit the button 10 times, and my jaw dropped lower and lower. Firstly, I had never heard of that building before. And there was no visible reason why it should collapse in that way, straight down, in 6.5 seconds. I have had no rest since that day.

Harrit: I think there is only one conspiracy theory worth mentioning, the one involving 19 hijackers. I think viewers should ask themselves what evidence they have seen to support the official conspiracy theory. If anyone has seen evidence, I would like to hear about it. No one has been formally charged. No one is "wanted." Our work should lead to demands for a proper criminal investigation of the 9/11 terrorist attack. Because it never happened. We are still waiting for it. We hope our results will be used as technical evidence when that day comes.

Interviewer: Niels Harrit, fascinating. Thanks for coming in.

Published in What About Nanothermite – Iron Microspheres?
back to top 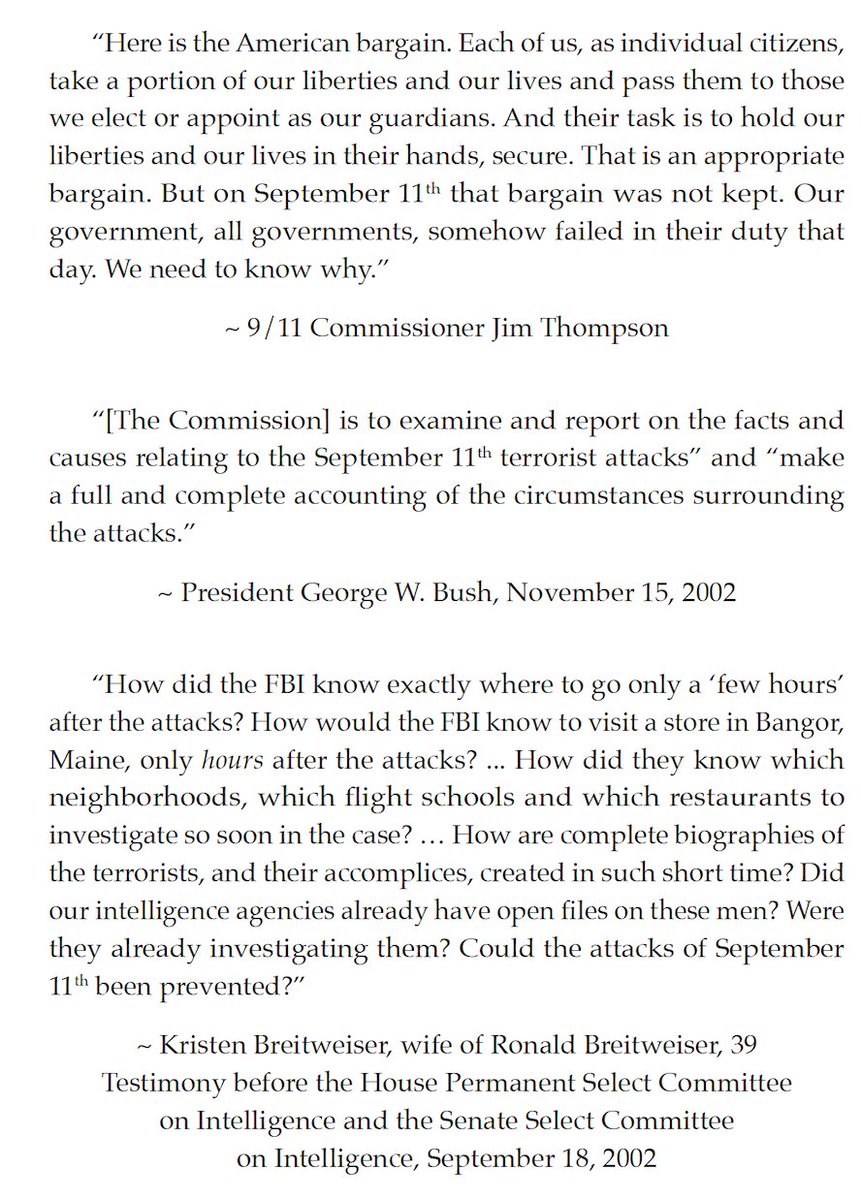